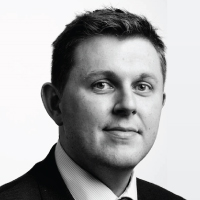 Marcus is recognised among the “Most Highly Regarded” practitioners and celebrated as a “phenomenal competition lawyer” by Who’s Who Legal Competition 2020 - Future Leaders. He has also been listed as a “Rising Star” in competition and antitrust in the Expert Guides for two consecutive years and named a “Next Generation Lawyer” by the Legal 500.