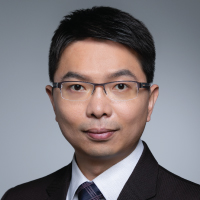 Carter was called to the Hong Kong Bar in 2012 and has established a solid practice specialising in competition law, advising clients in both the public and private sectors. In 2015-2016, he was appointed as a legal counsel to the Competition Commission (Hong Kong), where he helped the Commission finalise its Guidelines, drafted policy documents and acted as case manager of the Commission’s first enforcement case. Equally adept at representing the opposing party, Carter was subsequently instructed as a defence counsel in the Commission’s second enforcement action.

Shortly after the Competition Ordinance was enacted in June 2012, Carter began his appointment as a member of the Hong Kong Bar Association’s Special Committee on Competition Law, a role he has remained in ever since. In 2016-2019, he assumed the role of Professional Consultant of the Faculty of Law of The Chinese University of Hong Kong, teaching competition law.

Carter is the sole author of the Butterworths Hong Kong Competition Law Handbook (Second Edition), which was released in September 2020. Currently, he also serves as a non-governmental advisor to the International Competition Network, the only global body devoted exclusively to competition law enforcement with members representing national and multinational competition authorities.