Insight and analysis from LexisNexis

Produced in partnership with Jasper Wong of Denis Chang's Chambers

DHCJ Maurellet SC holds that where the “settled practice” of a foreign jurisdiction is unclear, the Hong Kong courts may require an order from the “home” court before making an order for an examination and/or the production of documents in aid of the foreign liquidation.

On 29 June 2020, DHCJ Maurellet SC sitting as a judge of the Hong Kong Court of First Instance held in Joint & Several Liquidators of Rennie Produce (Aust) Pty Ltd v Cheung Fong Chau Alan and Others [2020] HKCFI 1500 (“the Decision”) that in some circumstances the Hong Kong Court may require foreign liquidators to obtain an order from their “home” court before it will render assistance to them in Hong Kong.

In Rennie Produce, the Federal Court of Australia appointed liquidators (“the Liquidators”) over the insolvent company (“theCompany”). The Liquidators, on behalf of the Company, settled a dispute by way of a Deed of Settlement (“the Deed”) with certain parties, which were suspected of having misappropriated the Company’s assets including Mr Paul Rennie (“Rennie Parties”).  Under the terms of the Deed, the Rennie Parties had six months to repatriate their offshore assets to Australia. Any offshore assets that were not repatriated within six months became the property of the Company (see [4]-[7] and [12] of the Decision).

The Liquidators reasonably believed that the Rennie Parties had not repatriated their offshore assets as required under the terms of the Deed, and that they may have used various offshore transactions involving Mr Cheung and the other Respondents to move their offshore assets beyond the reach of the Company’s creditors and Liquidators.  In the circumstances, the Liquidators, whose appointment had been recognized in Hong Kong in 2016 by the Companies Court pursuant to a recognition order (“Recognition Order”), took out a summons for an order that the Respondents be examined in Hong Kong on oath before a Master and that they produce books and records in their custody or power relating to the assets, business and affairs of the Company (see [10]-[11] of the Decision).

The Recognition Order (referred to at [19 ] of the Decision) provides that the Liquidators have and may exercise such powers as are available to them as a matter of Australian law and would be available to them under Hong Kong law as if they had been appointed liquidators of the Company in Hong Kong.1

The twin requirements that the power to be exercised must be available to the Liquidators both as a matter of Hong Kong law and Australian law stem from the Privy Council’s decision in Singularis Holdings Ltd [2015] AC 1675 (see [22] of the Decision).  In Singularis, the Caymanian liquidators of Singularis Holdings Limited (“Singularis”), a Caymanian company doing business in the Middle East, sought common law assistance from the Supreme Court of Bermuda for the disclosure of audit working papers by the former auditors of Singularis (i.e. PricewaterhouseCoopers). Those documents would not have been disclosable under Caymanian law.  The connection between Bermuda and the relevant PricewaterhouseCoopers entity was merely that it had been established as an exempted partnership under Bermudian law. The Privy Council sensibly refused the application by the Caymanian liquidators of Singularis, holding that it was impermissible “forum shopping”.

The key issue in the Decision of DHCJ Maurellet concerned the precise meaning of the twin requirements in the Recognition Order that the Liquidators “may exercise such powers as are available” as a matter of Australian law and Hong Kong law.

The Liquidators in Rennie Produce contended that this merely required them to establish that there are statutory powers in Australia similar to s.286B of the Companies (Winding up and Miscellaneous Provisions) Ordinance, Cap 32, which the Liquidators sought to rely upon by way of analogy to obtain common law assistance in Hong Kong.  Section 286B provides for the examination of and production of documents by persons capable of giving information concerning the promotion, formation, trade, dealings, affairs or property of the relevant insolvent company. The existence of similar broad powers under Australian law – specifically under s.596B of the Corporations Act 2001 (Cth) – has been recognized in numerous Hong Kong decisions including the judgment of the Court of Final Appeal in Joint and Liquidators of Kong Wah Holdings Ltd (In compulsory liquidation) v Grande Holdings Ltd (2006) 9 HKCFAR 766 (see [32] of the Decision).

The Respondents on the other hand argued that the Liquidators should have filed expert evidence to demonstrate (a) the statutory provisions exist in Australia that are at least as broad as s.286B of the Companies (Winding up and Miscellaneous Provisions) Ordinance; and (b) that the Australian courts would in practice make a similar order to that being sought in Hong Kong on the facts of the present case (see [16] of the Decision).

DHCJ Maurellet SC was reasonably confident that the Australian courts would have the statutory jurisdiction to make the order being sought in Hong Kong, but he was less confident as to whether the Australian courts would in fact exercise that jurisdiction on the facts of the present case.  In other words, the “settled practice” in Australia was not entirely clear (see [34] of the Decision).

In the view of the learned Deputy Judge, the order being sought by the Liquidators was not the typical order against the relevant company’s director, auditor, or other service provider in respect to the property of the company.  Instead, the order was directed at third parties regarding assets that later became property of the Company by reason of the Deed after the commencement of the liquidation (see [37] of the Decision).

In the circumstances, the Deputy Judge adjourned the Liquidators’ application sine die, so that they could first seek an order and/or letter of request from the Federal Court of Australia in the same terms as the order being sought in Hong Kong (see [53]-[54] of the Decision).

The underlying rationale for the twin requirements – i.e. to prevent impermissible forum shopping – does not appear to have been an issue in Rennie Produce.  It is clear from a plain reading of s.596B of the Australian Corporations Act 2001 (Cth) and Hong Kong case law regarding s.221 of the Companies Ordinance, Cap.32 (now s.286B of the Companies (Winding up and Miscellaneous Provisions) Ordinance, Cap 32) that the examination powers available to Australian liquidators are broader than those available to Hong Kong liquidators.  In other words, the factual matrix in Rennie Produce was unlike that in Singularis, where the relevant Caymanian legislation relating to examinations and the production of documents was far narrower than the comparable Bermudian legislation.  Moreover, the Respondents in Rennie Produce had a real and substantial connection to Hong Kong – being based in Hong Kong – unlike the tenuous connection in Singularis between the PricewaterhouseCoopers entity that conducted the audit of Singularis and Bermuda. While the relevant PricewaterhouseCoopers entity was an entity established under the laws of Bermuda, the audit appeared to have been conducted in the Middle East and the connection between the auditors and Bermuda was weak.

The factual matrix of Rennie Produce was also very different from Penta Investment Advisers Ltd v Allied Weli Development Ltd (formerly known as Hennabun Capital Group Limited) [2017] HKCA 289; CACV 58/2016 (unreported, 18 July 2017).  In that case, a BVI company apparently domiciled in the Marshall Islands was wound up by the Court of First Instance.  On appeal, one of the grounds advanced by the company to set aside the winding up order was that a winding up petition arguably could have been presented in the Marshall Islands and if liquidators had been appointed in that jurisdiction, they could have then sought recognition and assistance in Hong Kong thus negating the need for a winding up in Hong Kong.  The Hong Kong Court of Appeal rejected that argument, citing as one of its reasons that no expert evidence was filed as to the insolvency regime of the Marshall Islands. However, in contrast to the Marshall Islands’ insolvency regime, which is obscure to most Hong Kong practitioners and the Court, the relevant Australian statutory provisions relating to examinations are well known in Hong Kong as evidenced by a number of leading local judgments as discussed above.

As a matter of practice, the issue of whether proof of “settled practice” by expert evidence is required to satisfy the twin requirements test laid down in Singularis may never be finally decided as foreign liquidators may decide to obtain an order from their “home” court before applying to the Hong Kong Court for assistance in the future.  Whether the Hong Kong Court will have occasion to elaborate on the twin requirements test furthertherefore remains to be seen.

1 Such powers include amongst others applying to the Hong Kong courts for examination of third parties to facilitate the Liquidators’ investigations into the assets and affairs of the Company and the circumstances which gave rise to its insolvency.

Lexis Advance® Hong Kong Practical Guidance provides up-to-date practice notes, precedents and know-how from specialist solicitors and barristers so you can work efficiently and provide advice with confidence. Lexis Advance® Hong Kong Practical Guidance contains exclusively written content by trusted experts in the field. Denis Chang’s Chambers is one of our many expert contributors from a range of Hong Kong legal leaders.

Jasper graduated with a double First in Law at Cambridge University and was the first recipient of the Sir Oswald Cheung Scholarship at the University of Hong Kong, which is awarded to the best HKU PCLL applicant who intends to join the Bar each year.

He has served as judicial assistant at the Court of Final Appeal, during which time he also taught part-time at the City University of Hong Kong. Since commencing full practice in 2019, Jasper has been devoting most of his time to junior roles in arbitrations and board disputes, often with an offshore element. He has also been instructed to advise unled on bankruptcy, tax and SFC regulatory matters.

Prior to studying Law, Jasper spent two years in Cambridge studying Philosophy, during which he was awarded a scholarship to attend a seminar on the concept of Justice in Boulder, Colorado in the USA. 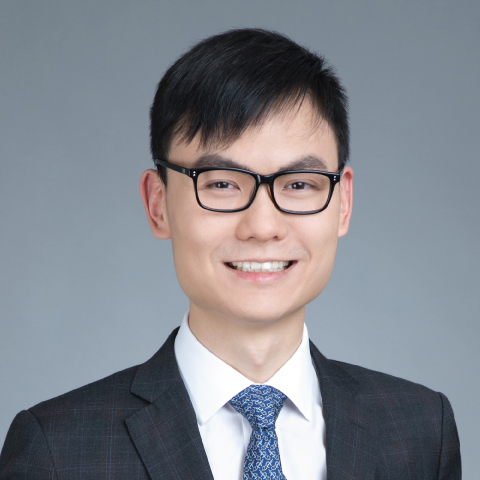