Insight and analysis from LexisNexis

This Review highlights notable developments in the Hong Kong stock market in 2019 and the first half of 2020, in particular, as to the steady rise in number of secondary listings in Hong Kong.

In November 2019, Alibaba launched its secondary listing on the Main Board of The Stock Exchange of Hong Kong Limited (“HKEx”), which has since been followed by a number of US-listed Chinese companies seeking dual listing. In June 2020, NetEase and JD.com were successfully listed on the HKEx, becoming part of the first batch of companies completing their secondary listings in Hong Kong. It has been reported that other large US-listed Chinese companies (such as Baidu and Ctrip) are also in contemplation of launching their secondary listings on the HKEx.1

HKEx’ loss of Alibaba in 2014, and seeing its listing on The New York Stock Exchange (“NYSE”), is widely considered to be one of its biggest regrets. This loss of Alibaba became an impetus for the reform of the Rules Governing the Listing of Securities on The Stock Exchange of Hong Kong Limited (“Listing Rules”). On 30 April 2018, the HKEx introduced new chapters to the Listing Rules, among others, allowing the listings of innovative companies with weighted voting rights (“WVR”), biotechnology companies that do not meet the Main Board’s financial eligibility tests, and companies seeking a secondary listing in Hong Kong. These listing reforms have increased HKEx’ competitiveness as a stock exchange as well as its attractiveness to high-growth, innovative companies, particularly Chinese technology companies considering raising more capital and improving cash flow. As a result, an increasing number of Chinese companies that are primary listed overseas are eyeing the HKEx as a secondary listing venue to raise capital.

Another direct reason, as reported in the news, for such a trend seems to be connected with the “Luckin Coffee scandal”. In April of this year, Luckin Coffee Inc. (LK.US), a company listed on Nasdaq, was exposed as a fraud. It was found that sales amount of about RMB2.2 billion of Luckin Coffee Inc. had been fabricated.2 Due to the trust crisis caused by it, short sales against Chinese companies listed in the US markets came one after another, while the US political and regulatory environment has also become increasingly hostile towards Chinese companies. As a consequence, US-listed Chinese companies are actively seeking a secondary listing elsewhere in order to hedge against risks and regulatory uncertainties in the US market, as well as to better attract mainland capital.3

However, amid rising trade, tech and political tensions between the US and China, US-listed Chinese companies may have concerns and questions about seeking a secondary listing in Hong Kong. This Review highlights the relevant requirements, rules and regulations that potential secondary listing applicants should be aware of.

What is Secondary Listing and Who is Qualified to Apply?

Secondary listing refers to a situation in which a company, having its shares primary listed on a stock exchange, seeks another listing on a different stock exchange. Under

Chapter 19C of the Listing Rules (“Chapter 19C”), a company must have had its shares primary listed on NYSE, Nasdaq or London Stock Exchange (“Qualifying Exchange”) in order to be qualified for secondary listing in Hong Kong (“Qualifying Issuer”).

There are three categories of Qualifying Issuers under Chapter 19C:

To determine if an issuer has its “centre of gravity” in Greater China, the HKEx will consider the following non-exhaustive list of factors:

Conditions and Qualifications for Secondary Listing

According to Rule 19C.02 of the Listing Rules, the basic condition for a Qualifying Issuer to get secondary listed on the HKEx is to demonstrate its eligibility and suitability for listing.

A Qualifying Issuer must have a track record of good regulatory compliance of at least two full financial years on a Qualifying Exchange (Rule 19C.04).

The HKEx issued a guidance letter (HKEX-GL94-18) on Suitability for Secondary Listing as a Qualifying Issuer under Chapter 19 (“Secondary Listing Guidance Letter”), which provides that, in addition to satisfying the general suitability requirement under Rule 8.04 of the Listing Rules, the HKEx will normally consider a Qualifying Issuer to be suitable for secondary listing if it possesses more than one of the following characteristics:

The HKEx has the discretion to determine if a Qualifying Issuer is “innovative” for the purpose of secondary listing by taking into account all relevant circumstances, including the industry and market environment in which the Qualifying Issuer operates.

A Qualifying Issuer must demonstrate to the HKEx’ satisfaction that it provides shareholder protection equivalent to those provided in Hong Kong. In order to satisfy this requirement, the domestic laws, rules and regulation to which the Qualifying Issuer is subject as well as its constitutional documents must satisfy, or must otherwise be amended as to satisfy, the following shareholder protection standards required under Rule 19C.07 of the Listing Rules:

The only exception is for Non-Grandfathered Greater China Issuers incorporated in Bermuda, the Cayman Islands, the Cook Islands or the People’s Republic of China, provided that they can satisfy those requirements set out in Appendix 3 and Appendix 13 to the Listing Rules, otherwise they are also obliged to amend their constitutional documents to meet the key shareholder protection standards set out in Rule 19C.07 of the Listing Rules.

Qualifying Issuers using contractual arrangements, which are also commonly known as structured contracts or variable interest entities (“VIEs”), may be subject to additional requirements, which are set out in the Listing Decision HKEX-LD43-3 (“LD43-3”). Among other things, VIE arrangements are required to be narrowly tailored to achieve the Qualifying Issuers’ business purpose and to minimize potential for conflict with the relevant PRC laws and regulations, including the PRC Foreign Investment Law.

According to the Secondary Listing Guidance Letter, different treatments are imposed on different types of issuers. A Grandfathered Greater China Issuer is only required to (i) provide the HKEx with a PRC legal opinion stating that its VIE arrangement complies with PRC laws, rules and regulations, and (ii) comply with the disclosure requirements set out in LD43-4. As for a Non-Grandfathered Greater China Issuer, apart from complying with the disclosure requirements, it also needs to comply with all other requirements set out in LD43-4. It may also be required, on a case-by-case basis, to demonstrate that it is able to comply with the PRC Foreign Investment Law. Non-Greater China Issuers with VIE arrangements are not subject to such additional requirements.

According to Article 18 of Practice Note 22 to the Listing Rules, a listing applicant which has been listed on a recognized overseas exchange for not less than five years and with a significantly large market capitalisation, or a new applicant applying for secondary listing under Chapter 19C at the time of filing its listing application is entitled to submit its application on a confidential basis, unless otherwise required by the HKEx or the Securities Future Commission. This is a departure from other primary listings that require applicants to disclose in full their fundraising plans on the HKEx’ website.

In addition to confidential filing, all Qualifying Issuers will further benefit from the exceptions to a number of rules, as listed under Rule 19C.11 of the Listing Rules, including those related to connected transactions, notifiable transactions and the Corporate Governance Code. However, if the trading volume of a Qualifying Issuer’s shares listed in Hong Kong exceeds 55% of its worldwide trading volume, then HKEx will regard its majority of trading to have migrated to the HKEx’ markets on a permanent basis, and the Qualifying Issuer will thereby no longer be entitled to benefit from the exceptions in Rule 19C.11 of the Listing Rules.

The market will undoubtedly see a surge in returns of US-listed Chinese companies to Hong Kong to pursue secondary listings. In order to successfully take advantage of the concessionary route for secondary listings promulgated by the HKEx, potential applicants should recognize and ensure that they satisfy the basic requirements under the Listing Rules as highlighted above.

Lexis Advance® Hong Kong Practical Guidance provides up-to-date practice notes, precedents and know-how from specialist solicitors and barristers so you can work efficiently and provide advice with confidence. Lexis Advance® Hong Kong Practical Guidance contains exclusively written content by trusted experts in the field. ONC Lawyers is one of our many expert contributors from a range of Hong Kong legal leaders.

As a Partner and Head of Corporate and Commercial Department, Raymond is an experienced practitioner in corporate & commercial field, including corporate finance, mergers & acquisitions, securities & futures, funds, notes & bonds, and banking & financing. He has over 20 years solid and extensive experience in advising regulators, financial institutions and listed companies in handling mergers and acquisitions for multi-national corporations, and corporate finance practice such as venture capital financing, pre-IPO investments, IPO, post-listing fund raising, listed company compliance, and takeovers in Hong Kong, PRC, and some other countries with different jurisdiction systems.

Securities, futures and funds are also key areas in which Raymond possesses special professional knowledge and experience. Over the past two decades, he has been advising securities, futures and asset management companies in setting up their business and applying licenses for regulated activities on legal and regulatory compliance, assisting clients in setting up private and authorised funds, and advising banks and financial institutions on legal and regulatory compliance, loan and financing transactions, and banking business & operation.

Raymond has been listed as an Asialaw Leading Lawyer in General Corporate Practice. 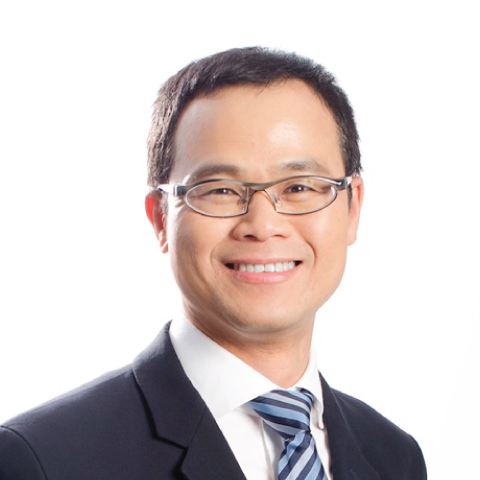 David specializes in corporate finance transactions including initial public offerings (IPO) and pre-IPO financings and he has advised many listing applicants and sponsors in listing on the Main Board of the HKEx. In few years’ time, David has handled and completed more than 10 IPO projects, including the listing of H-Share enterprises, red-chip companies, Hong Kong local company and overseas enterprises, etc.

Before rejoining us, David had been working in an international firm in Hong Kong for several years. David has experience in a wide range of general corporate and commercial matters, including licensing and registration under the Securities and Futures Ordinance, mergers and acquisitions, corporate reorganisations and joint ventures.