HKCFI Refused to Set Aside the Arbitral Award After Three Months

A party applied for extension of deadline via a originating summons to set aside an arbitral award, claiming that they are entitled to it as per Article 34(3) of the Model Law (as held in Sun Tian Gang v Hong Kong & China Gas (Jilin) Ltd [2017] 1 HKC 69).

In A v D [2020] HKCU 4001, the court considered whether there were good reasons to set aside an arbitral award after the expiry of the statutory deadline for making such application.

At the hearing on 21 October 2020, the Respondent sought for the immediate dismissal of the Originating Summons based on the following reasons:

The Applicants maintained the followings:

The 1st and 2nd Applicants, relying upon the unsigned draft affirmations of their PRC lawyers, claimed that the PRC lawyers had not received the Award sent by the arbitral tribunal (“Tribunal”) to them by email on 21 May 2020. It was only when their PRC lawyers received the original Award, on 29 May 2020, that they became aware of the Award. The 1st and 2nd Applicants claimed that their application on 28 August 2020 was within time. The 3rd Applicant admitted that the Tribunal sent the Award to his email account, but the matter was not reported to him due to the oversight and inadvertence of his secretaries.

In Sun Tian Gang, the court stated that bearing in mind the objectives of the Arbitration Ordinance that there should be finality in an award, and the short period of 3 months set out in the Model Law should not, as a general rule, be extended “unless the applicant can establish to the satisfaction of the court that there are good reasons to do so”. The court commented that the facts in Sun were exceptional. The court held, on the facts of this case, that the Applicants had come nowhere near the necessary threshold for the court to exercise its discretion to extend the time sought. None of the Applicants gave any reason to explain for their delay in application.

Receipt of the Award

The court referred to section 10(2) of the Arbitration Ordinance and Article 2.1 of the 2013 HKIAC Administered Arbitration Rules, held that the Award was deemed to have been received by the Applicants on the date of the email sent to the PRC Lawyers Account, which was on 21 May 2020. The court further stated that the Applicants should provide sufficient and credible evidence to show that they did not receive the Award by email on 21 May 2020 if they would like to displace the deeming provisions and rebut the presumption of receipt.

In relation to the unsigned draft affirmations of the PRC lawyers, the court held that it was no excuse to have such document at the last minute, which was produced 2 days before the hearing, when the service of the Award should had been appreciated as a critical issue in the application to set aside. The time and manner of dispatch and receipt of the Award were important and deciding issues, which should had been addressed, in detail and in good time before the scheduled hearing. The court found it unacceptable for such cursory affirmations to be prepared at the last minute and to excuse such lack of particulars or the timely and proper signing and attestation of the affirmations by alleged lack of time. The court held that it was totally unconvincing that the PRC lawyers had not received the email on 21 May 2020. The court held that the Award was sent to and deemed to have been received by the 1st and 2nd Applicants.

As for the 3rd Applicant, he took no steps to set aside the Award before the expiry of 3 months on 21 August 2020 after being informed by his lawyers that the original Award was received on 29 May 2020. None of the Applicants provided any reason for their failure to take any steps to set aside the Award between 21 May 2020 and 28 August 2020. In the absence of any good reason, the court found no reason to exercise its discretion and grant time to the Applicants.

Merits of the Application 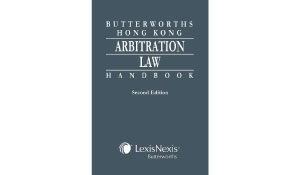