In A Company v X [2020] EWHC 809 (TCC), the English court held that an expert owed and breached a fiduciary duty of loyalty to the client. The court continued the injunction in favour of the claimant, restraining the defendants from acting as experts for a third party in ICC arbitration proceedings against the claimant.

The claimant was a developer of a petrochemical plant (the “Project”), who entered into contracts with third party group companies (the “Third Party”) for engineering, procurement and construction management services related to the Project (“EPCM Contracts”).

The Third Party later approached the defendants for their help to offer quantum and delay expert services (outside Asia) in relation to the EPCM Arbitration together with a conflict check. The 1st Defendant concluded that they did not consider in engaging with the Third Party for a separate dispute on the same project and working for the claimant constituted a conflict of interest.  The 1st Defendant further explained that they had the capacity to set the engagements up in a way that there was the required physical and electronic separation between the teams. However, the claimant disagreed with such assertions and sought continuation of interim injunction against the 1st Defendant for working with the Third Party relating to the EPCM Arbitration. Accordingly, this would be in breach of the rule that a party owing a duty of loyalty to a client must not, in the absence of informed consent, agree to act or actually act for another client in a way that was inconsistent with the interests of the first client. The defendants contended that independent experts did not owe a fiduciary duty of loyalty and that there was no conflict of interest.

The court then established that the duty of loyalty or confidence was breached. It stated that a fiduciary duty was not limited to just putting in place measures to safeguard confidentiality and privilege information, but a fiduciary duty was extended to cover interests that may be in conflict. In this situation, the 1st Defendant had significantly involved in the Works Package Arbitration as well as providing advice, analysis and opinions as to the cause of delays to the Project. On the other hand, the EPCM Arbitration concerned with the same delay works and so both actions had substantial overlaps. So, there was an inevitable conflict of interests for the defendants to work for and against the claimant in both arbitration proceedings.

Finally, the court granted an interim injunction to the claimant. Following, Zockoll v Mercury [1998], the court should only grant an injunction if it is likely that the claimant would succeed at trial in which the court has the discretion whether or not to exercise such measures based on where the balance of justice lies. Therefore, the court continued the injunction and restricted the defendants from providing expert services to the Third Party regarding EPCM Arbitration. 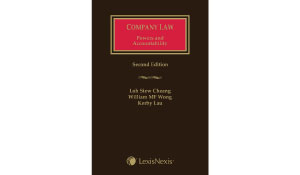