On 20 March 2020, the Hong Kong Competition Commission (the “Commission”) commenced proceedings in the Competition Tribunal against three companies in the textbook retail industry (the “Companies”) and an individual, a general manager of one of the Companies (the “GM”).

The Commission claimed that the Companies have contravened the First Conduct Rule under section 6(1) of the Competition Ordinance (the “Ordinance”) by engaging in cartel arrangements in relation to the sale of textbooks to students attending primary and secondary schools in Hong Kong, including price-fixing, market-sharing, and/or bid-rigging. With regards to the GM, the Commission claimed that he was “a person involved in the cartel arrangements under section 91 of the Ordinance. The Commission was seeking orders including an order for pecuniary damages against the Companies and the GM and a director disqualification order under section 101 of the Ordinance against the GM.

The arrangements arose amid a price war in the textbook retail industry in 2011. As the chairman of the Educational Booksellers’ Association, the GM allegedly imposed a ceiling on the discounts that members could provide to schools to end the price war. The Companies were accused of reaching an agreement not to poach each other’s existing customers with deeper discounts offered by other companies to the schools. 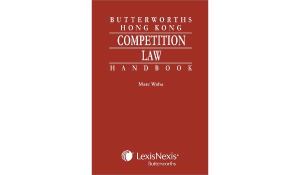