In Crown Aim Ltd v. UCO Bank [2020] HKCU 294, the high court rejected an application for summary judgment of a claim to release money that was frozen by the bank. The cause of action for the case was based on the amount in controversy, which suspended the plaintiff from withdrawing the sums as these were suspected to have been used for fraudulent or criminal activity.

In February 2018, the Indian authorities notified several banks, including the defendant bank, that there was a suspected case of substantial fraud in India which concerned the group company and one of the directors of the plaintiff’s immediate parent company. There was no evidence of any investigations against the plaintiff by the Hong Kong authorities. The bank then issued instructions to all its branches and offices requiring them to freeze all debit transactions for all the accounts involving the suspected fraud, including the plaintiff and its owner. Later, the Hong Kong branch of the bank received a SWIFT payment into one of the accounts of the plaintiff. The defendant bank of the Hong Kong branch froze the plaintiff’s bank accounts for suspected criminal activity.

The plaintiff asked the bank to release the funds as the bank has wrongfully frozen its accounts. Arguing, it had a right under the principles of banking law to withdraw the sums in the account. Further, the plaintiff submitted that the reason for suspension of the accounts were extremely vague. Therefore, the plaintiff applied for summary judgment against the bank contending that there were no triable legal and factual issues for going to trial.

The defendant argued that there was an implied term in the banking relationship which allowed them to freeze the operation of the bank accounts until the end of the necessary investigations concerning the alleged fraudulent activity. The defendant asserted that the implied term granted them the right to comply with its legal and regulatory obligations to combat financial crime and protect against fraud.

Although the information was provided solely by Indian authorities, the court found the evidence was of a very substantial investigation by the Indian authorities. The court rejected the plaintiff’s argument for an application of summary judgment and granted the defendant an unconditional permission to defend the claim. The court found that there was a legal issue as to whether there can be implication of the term contended for by the bank into the banking contract, and if so, whether that term applies to these facts or not.  In addition, the court found that the plaintiff did not provide enough evidence on how the suspended accounts affected its business. 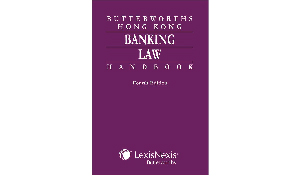