In HKSAR v Harjani Haresh Murlidhar [2020] 1 HKC 103, the Court of Final Appeal further clarified and reassessed the test for determining “having reasonable grounds to believe” in relation to the money laundering offences and applying the test to certain sections in the Organized and Serious Crimes Ordinance (Cap. 455) (“OSCO”) and the Crimes Ordinance (Cap. 200) (“CO”).

This was a case concerning email fraud. The emails regarding a fertilizer supply contract required the buyer to pay the seller a 5% deposit of the contract.

Subsequently, the emails were hacked, which defrauded the buyer to pay the deposit into a bank account of a company incorporated by the defendant and one other. The defendant was arrested upon returning to Hong Kong for withdrawing cash in the bank account and was charged under ss. 25(1) and (3) of OSCO and ss. 159A and 159C of CO for conspiracy with others to deal with property, knowing or having reasonable grounds to believe that that property represented the proceeds of an indictable offence.

The defendant argued he was a legitimate businessman and he believed that the fraudster was an agent acting bona fide on behalf of the principals in the fertilizer deal with the monies in question deriving from a genuine commercial transaction. He also appealed against his convictions to the Court of Final Appeal (the “CFA”).

The CFA determined the test to be applied for “having reasonable grounds to believe”, assessed the test of “wilful blindness” and established the relationship between certain sections of the CO and OSCO.

The test for “having reasonable grounds to believe”

The CFA dismissed the appeal and held that the Court of Appeal (the “CA”) erred in its application in giving substantial weight to the defendant’s subjective belief as the lower court applied the “reasonable grounds to believe” test that was set out in HKSAR v Yeung Ka Shing.

The CFA reconsidered, followed and interpreted the test that was laid out in Seng Yuet Fong instead. The test was “To convict, the jury had to find that the accused had grounds for believing; and there was the additional requirement that the grounds must be reasonable: That is, that anyone looking at those grounds objectively would so believe.” The CFA here reiterated and reformulated the tests as follows:

With regards to the subjective limb, where the defendant had raised his defence that he believed the monies in controversy was clean, the court then had to decide whether the defendant was acting truthful about the existence of the facts and matters in which he asserted. Here, the CFA easily held that the defendant did not know that the monies that he handled were tainted.

The court would also find the defendant to be guilty if he lacked the reasoning abilities of a normal person and subjectively believe that the monies were clean, but a reasonable person in his position would have believed otherwise (i.e. monies were tainted). In such cases, the defendant’s actual subjective belief would be considered as a mitigation factor when he was sentenced.

The test in relation to “wilful blindness”

The doctrine of “wilful blindness” has been used where actual knowledge of a fact, or of particular circumstances, is an essential ingredient of the offence. A defendant is treated as having such knowledge if, having been put on enquiry, he has deliberately refrained from making enquiries that would have resulted in his acquiring the knowledge in question.

The CFA held that the “wilful blindness” test is normally not necessary nor useful in terms of establishing knowledge for its application to s. 25(1) of OSCO as “having reasonable grounds to believe” is the statutory alternative basis for conviction.

Difficulties arose for the court later to establish whether it was feasible to charge a conspiracy to commit an offence under s. 25(1) of OSCO. The court ultimately found that if, at that time when the agreement was made, the parties knew or had reasonable grounds to believe that the property they were prepared to deal with was and would remain tainted and they still agreed and intended to proceed, then the parties would be caught under s. 25(1).

Applying this to the present case, the CFA concluded that the criminal conspiracy offence was not established here as the intentions between the defendant and the fraudster (he who had actual knowledge that the monies were tainted) differed. 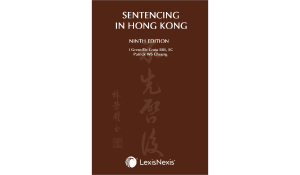