Amendments specifically made to the RDO will serve to enhance protection against discrimination on the ground of race. It is now unlawful to discriminate against an individual on the ground of race of their associate, which includes spouses, cohabitators, relatives, carers or other individuals in a business, sporting or recreational relationship with them. The Amendment Ordinance also extends the meaning of race to include an individual’s race, colour, descent, or national or ethnic origin that is imputed to that individual. This provision enhances protection from racial discrimination and harassment by imputation.

The Amendment Ordinance also provides protection against workplace harassment across the SDO, DDO, and RDO to make this conduct unlawful on the grounds of sex, disability, and race. While the provisions on workplace harassment protected workplace participants including employees, contract workers, partners of firms and commission agents, the Amendment Ordinance now extends the definition of workplace participants to include personnel such as interns, volunteers, and barristers’ pupils. Furthermore, the Amendment Ordinance introduces vicarious liability as against persons engaging interns and volunteers, unless the employer has made reasonably practicable steps to prevent the interns and volunteers from conducting those actions. 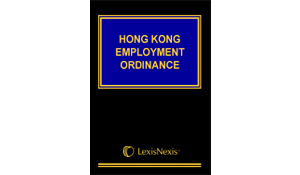