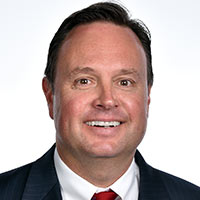 Prior to his promotion to EVP in 2019, Mr. Rice held the position of VP Global Editorial Operations from 2017. He has held numerous roles throughout his thirty years at LexisNexis, including Director of Editorial Operations for UK & Ireland (2014-17), and Vice President of Primary Law Operations for the U.S. (2011-2014). Mr. Rice also worked for the Financial Times as Managing Editor in the Energy Publications Division.

Mr. Rice holds a master’s degree in Business Administration and bachelor’s degrees in Information Technology and English Literature. He is a Lean Six Sigma Black Belt and has been certified as a Quality Examiner in the Malcolm Baldrige Performance Excellence program. He is based in Colorado where he lives with his wife Sonja and three children, Audrey, Liam, and Jackson.